In 2008 Satoshi Nakamoto wrote a white paper introducing Bitcoin called “Bitcoin: A Peer-to-Peer Electronic Cash System”.  In the paper was a concept of using a decentralized, peer-to-peer digital money ecosystem that offered a high level of trust in political or economic environments that provided little if any trust.

It is a method of trusting untrustworthy components of a system via an immutable or unchangeable public ledger. The transactions are validated / confirmed by computers called “miners.” For the first time, we are able to achieve a consensus where everyone agrees that a decentralized transaction is correct and is tracked on an immutable ledger.

This ledger is the chain of blocks of transactions, aka the blockchain.

How this works is computers “mine” or contributes electronic resources to solve a Proof of Work algorithm in exchange for bitcoin.  These miners gather unconfirmed transactions into a block.  If the miner solves the cryptographic puzzle first then they add their block to the blockchain and are paid for their effort.  Miners actively compete to be the first to solve the puzzle and add their block to the blockchain.

How Blockchain is Different than Cryptocurrency

The Blockchain serves as the ledger of record.  It’s trustworthy because the official ledger is distributed widely (decentralized) which protects it from being modified by a central authority.

It’s accessible worldwide to anyone with an internet connection. It’s not dependent on a central bank or country, which assures it’s stability. Therefore, it fosters a high level of trust due to it’s high accessibility and redundancy, including in economically-challenged places in the world.

Currently, sending money overseas can be tedious where banking services are not easily accessed, the transfer may be slow, and high fees are the norm.

With cryptocurrency you can instantly send a fraction of a coin known as a micro-transaction.  Each blockchain and cryptocurrency may have their own name for these microtransactions, such as “wei” for Ethereum or “Satoshis” in Bitcoin.  All you need is access to the internet and a cryptocurrency “wallet.”

Blockchain wallets are collections of public and private keys, which ideally can be kept on paper or offline for enhanced security (cold wallets).

Now the recipient can receive funds regardless of where they are in the world, what is politically going on with their currency or access to a financial institution.

Crypotocurrency is just one example or case study of Blockchain. Individual coins may rise and fall, but the Blockchain technology that facilitates this application is the future.

When using a cryptocurrency wallet you are essentially running your own bank.  The responsibility means if you lose your computer hard drive, and haven’t backed up your wallet keys offline, you’ve lost or wiped your account!

We are used to thinking of passwords that can be retrieved or reset. Cryptocurrency wallet access once lost cannot be reset or retrieved.  Lose it at your own peril. The amount stored is irrelevant if keys are lost – it can be your life savings. There is no way to re-authenticate lost wallet keys the way access to an online account can be restored.

We are accustomed to visiting a bank or calling a customer service agent to receive account assistance. Blockchain doesn’t provide a centralized authority; trust is established through decentralization and redundancy. Identity can only be proven through your numeric cryptographic keys. 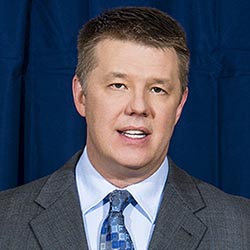 Blockchain will become as accepted and understood as the internet is today.

The Future of Blockchain

Blockchain’s technology implications extend beyond crytocurrency to include a range of systems currently dependent upon trust and a centralized authority. It provides the next  evolution based on a distributed method of trust.

Blockchain applied to voting means I can verify my vote was counted for the candidate I voted for in the election. I can track my identity with my key, which no one else has access to unless I provide it (never share your private key(s)). With this pseudo-anonymous number or identity, I can look up my vote results in the Blockchain ledger.

Blockchain’s relevance extends to supply chain. Integrating it with the Internet of Things (IoT) or bar code scanning, I can verify and track goods. I know that a dozen pallets of fish really did ship from Seattle’s Fish Market yesterday at noon and follow each stage of the life cycle delivery.

Assessing Blockchain’s moral impact, people who live in economically depressed countries are no longer as dependent on a potentially corrupt government or currency to receive or transact money.

Blockchain is just beginning.  It will be interesting to see all the uses and applications as the technology grows and matures. 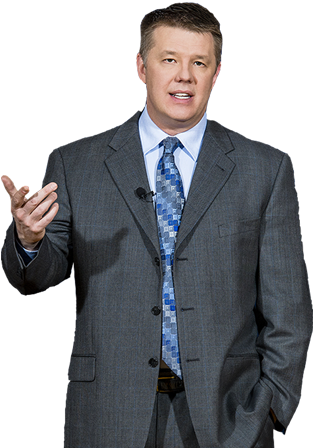